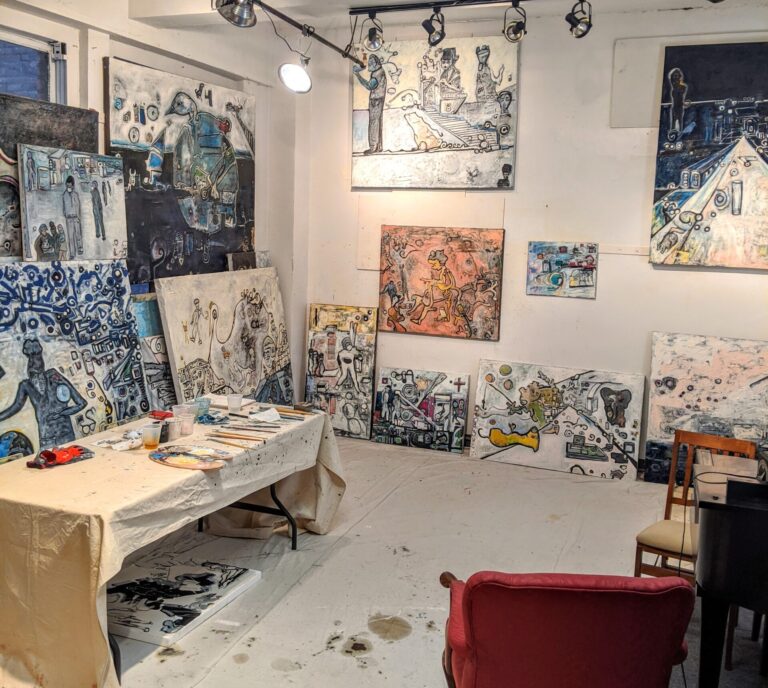 Charles Compo has been a bicycle messenger, construction worker, bartender, professional actor, published composer, bandleader, venture capitalist, and entrepreneur. Born in New York City, his parents were both professional musicians and performers. As a young man he worked as an assistant for various artists including Andy Warhol and Harry Smith. He has written over a hundred published musical compositions including a collection that is published by Smithsonian Folkways and he has collaborated, performed and recorded with many diverse artists including Oliver Lake, William Hooker, Sonny Sharrock, Vernon Reid, Julee Cruise, and Twyla Tharp. Throughout the years Compo has continually pursued his passion for painting. His work is represented at the Pleiades Gallery in Chelsea and can be found in numerous private collections in the US and abroad.