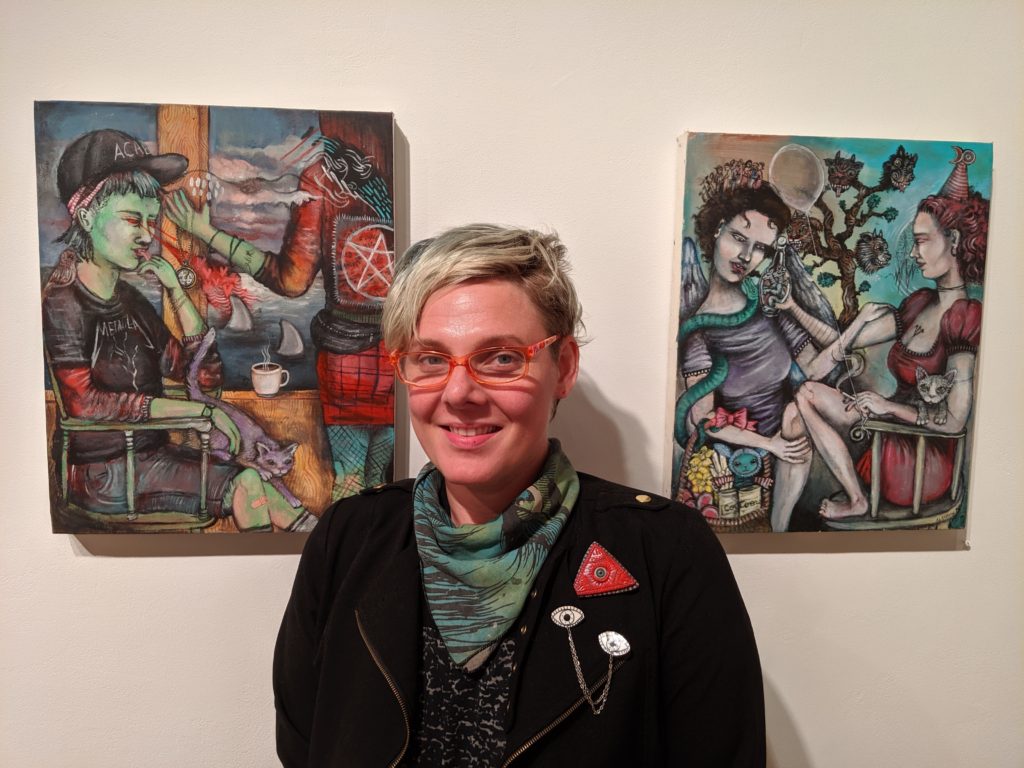 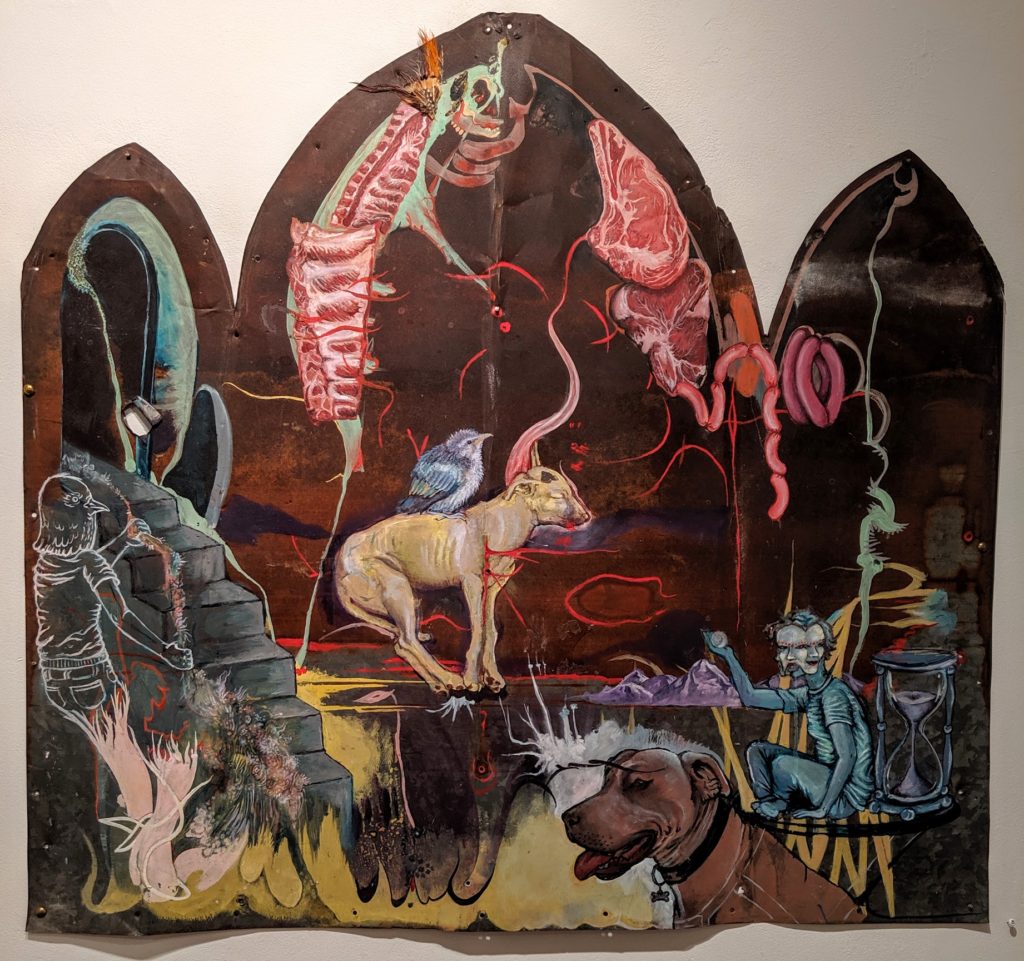 Assemblage artist, painter and stuffed animal maker Al Benkin, also known as Mutantland, is spending a lot of time these days just being. I went to visit her a couple of days ago at the Pleiades Gallery on Twenty Fifth Street in Chelsea and had a chance to ask her about her current show there, “Future Ghosts.” I had already gone by the gallery earlier in the week and was admiring the craftsmanship, think jigsaws and hammers, so you can imagine my surprise when I met Al and blurted out that she was missing an arm. She replied that she preferred to think of herself as having an arm.

We had a freewheeling discussion covering cabbages and kings and eventually the conversation rolled around to how she got the name Mutantland. She explained that she lost the rights to her name (and I think she said her cat) in a bitter business dispute with a partner, or was it personal? It reminded me of when the Purple One lost the use of his name to a powerful record company and was using a symbol as a name and was referred to as “The Artist Formerly Known As”.

She told me that she was a nihilist, a joyful nihilist, but I’m not so sure that she is right about that, joyful or not. The classic definition of Nihilism is the rejection of all religious and moral principles and the belief that life is meaningless, and while Mutantand may not believe in religion she certainly is not a rejecter of moral principles, and more importantly, her work is a testament to the meaning of life. Her love is transforming things that she finds and imbuing them a second life, a life with new meaning completely different than the intended original meaning. “I like found objects, second life, taking discarded objects and turning them into cherished artwork” -doesn’t sound like meaninglessness to me.

Her Grandmother, Juanitqa Beenken, was a painter who used to use the term Happy Ghosts to describe found objects. Mutantland is stepping into the future embracing the absurdity of existence through depictions of stories and scenes that are created through the transformation of everyday, mostly discarded, and just plain old overlooked stuff, instilling them with nostalgia and evidence of time and impermanence.

Her painting, Dog Dimension, is painted on a piece of heavy sheet metal that she found in the street outside the L Train of the Montrose Avenue stop in Brooklyn. It was curled and dirty and looked like it had been through the war and back. She dragged it home on a leash like a junkyard dog, ran over it with a car three or four times to flatten it out, sealed the rust color in because she loved it, and then went to work letting the ghosts emerge to tell their story. The triptych features Ruby, the floating dog that her friend rescued in Mexico, and Gladys, the three legged pit bull in the forefront. That’s tender sass for you.