"Other Times And Faces" 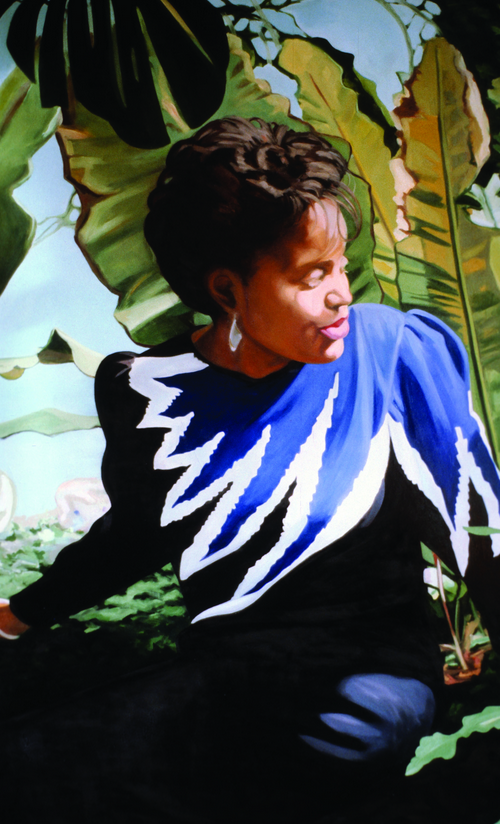 A couple of days ago I found myself searching around in the gutter for my keys which I had dropped in a puddle of murky brown liquid that was probably water at some point. I had somehow lost them earlier while I was assisting Ellen Irvine Howell load her paintings into the freight elevator of the Pleiades Gallery during what could only be considered a typhoon. Maybe not an actual typhoon, but a storm with enough rain coming in sideways at a respectable velocity to be considered so by New York City standards. Ellen had just rolled into town with her daughter Lauren from her studio and home in the Shenandoah Valley driving a U-Haul filled with her paintings and earlier that week I had offered to help her move them up to the gallery. Her grandchildren would have been proud of her. Her great-grandchildren are just a little too young to fully appreciate the situation but I’m sure they would have been proud of her too. Yes, great-grandchildren.

To Ellen Irvine Howell a 380-mile ride in the pouring rain in an old U-Haul was probably no big deal. After all, while in the US Foreign Service she saw plenty of action while traveling around the world as Public Affairs/Cultural Affairs Attaché. She graduated from Yale University with an MFA and if you’ve ever read any decent espionage novels you know what that place was a hot-bed for. She was posted and traveled extensively around the world in places such as Mexico, Congo, Algeria, Togo, and Madagascar, many of which didn’t even have paved roads. While stationed in Abidjan in the Ivory Coast, she told me that she was holed up in a building taking machine gun fire and mortar shells. So a long ride in the rain in a rickety truck was like a walk in the park.

During her years living in what is now called the Gas-Light District of San Diego, during the big 80s, she painted some marvelous murals, including a really cool and very large painting of a lock and hasp on the side of building that is eerily lifelike, and a 25’ X 50’ panorama of black and white cows, that eventually was destroyed during the gentrification of that area. Her exhibition record includes thirty-one group shows and nine solo shows in galleries around the world, and her work has been featured in numerous museums including the Baltimore Museum of Art, Yale School of Art, and the San Diego Museum of Art.