Welcome to the website for Compo Arts. Take a look around the site,
and check out the latest paintings or read the blog below.

Welcome to the website for Compo Arts. Take a look around the site, and check out the latest paintings or read the blog below.

People With The Heads of Giant Cats 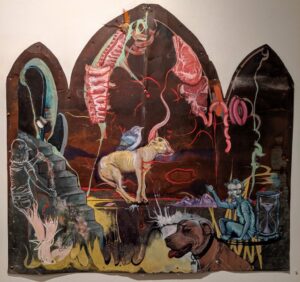 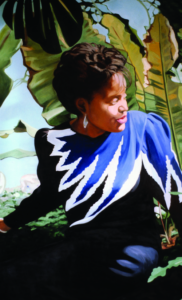 “Other Times And Faces” Ellen Irvine Howell at Pleiades Gallery

Stopped by to see @tomchristophernyc at @lifttruck

Looking forward to another upcoming show, Made in

See my painting "Cup A Joe" in the group show "Unp

Honored to be a part of the Premiere Members show

My painting “Cup A Joe” is being featured in t

Thank you @prismaartprize for selecting my work as

Featured in the @boomergallery show catalog for "W

Thanks to all who came out to the opening receptio

Three of my latest works are now featured online a

If anyone happens to be in London from April 16-22

"Crossing The Bridge When You Come To It", Oil on

Excited to share that my work has been selected fo

With every stroke, stories emerge. Detail of "Sw 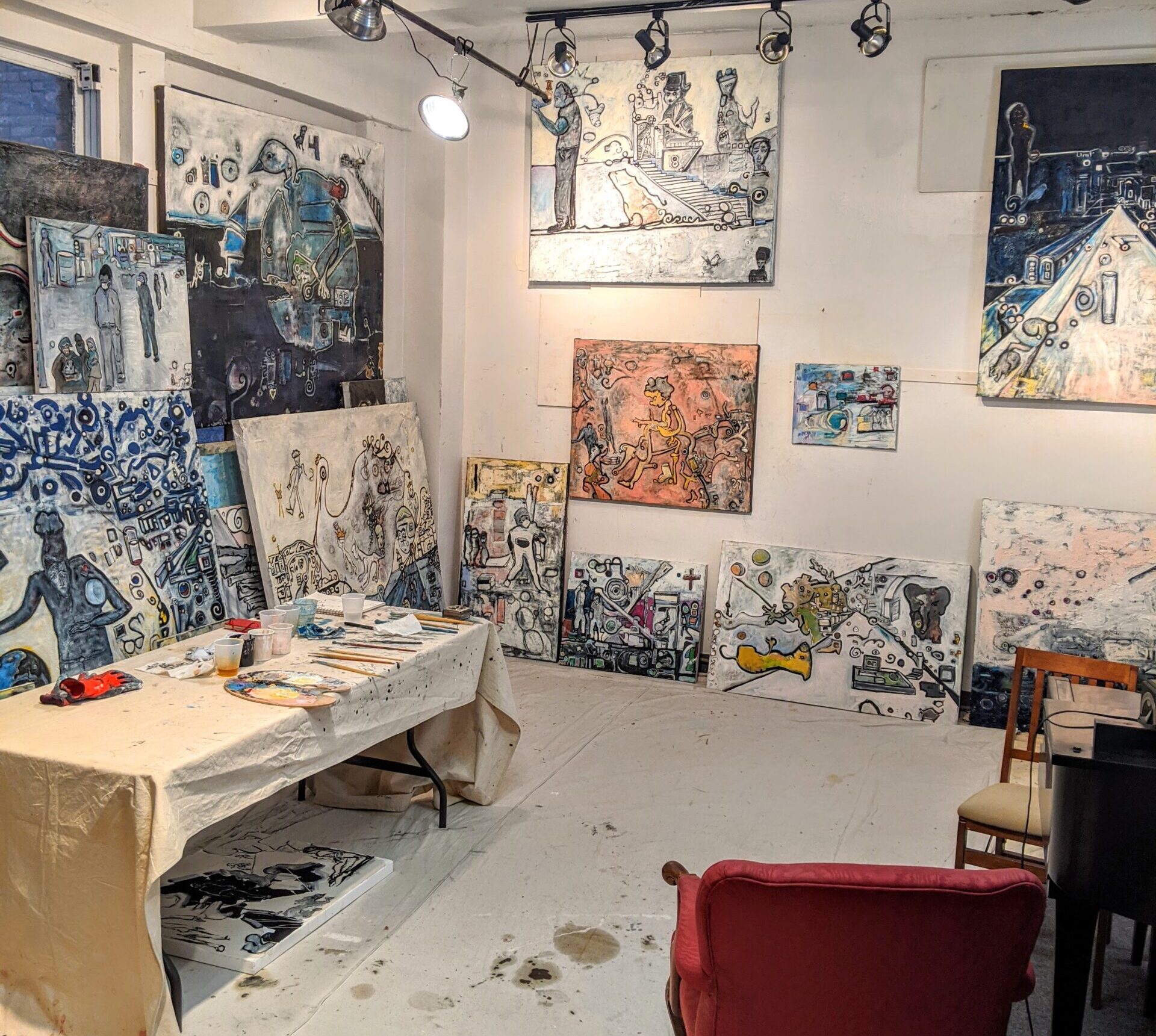 Charles Compo is a New York-based composer, multi-instrumentalist, and painter. His colorful career spans four decades and has seen many incarnations including jobs as a bicycle messenger and construction worker, a stint Off-Broadway as a professional actor, and success as an entrepreneur.

Born in New York City, Compo is the product of musical minds. His parents were both professional musicians and performers. In the early eighties, he formed a band with some friends and moved into an abandoned warehouse Williamsburg, Brooklyn. He began playing frequently in legendary NYC clubs like CBGB’s, The Pyramid Club, and Roulette. He has since collaborated, performed, recorded, and toured with notable jazz artists including Oliver Lake, William Hooker, Sonny Sharrock, and Vernon Reid. He has also collaborated with choreographers and performance artists like Twyla Tharp and Robbie McCauley and has written over a hundred published musical compositions.

Hand in hand with his music career, Compo has had an equally rich history with visual art. Immersed in the up-and-coming art scene of the East Village as a young man, Compo became intrigued by painting and utilized his Williamsburg loft space to experiment with making large works.

He began collecting art by unknown local artists and found work as an artist’s assistant to Andy Warhol, Charles Ross, and Harry Smith. Compo found that his background informed a unique sensibility, and was useful in applications where art and music coalesce. He has since created musical works for visual applications and vice versa. His original musical compositions were created for some of Harry Smith’s films and are now published by Smithsonian Folkways.

Having never pursued commercial success or formal gallery showings of his paintings, Compo tends to an intimate but devoted following composed of fellow artists, collectors, and art lovers. Encouraged by his viewer response and the impending sense of a new chapter, he has recently declassified four decades of prolific visual work and is presently showing his work at a number of galleries in New York including Pleiades Gallery in Chelsea

I find myself deliberately arranging items with or without so-called symbolic significance in a way that may or may not be affecting emotions and intellect. If I sit and stare at a painting that I am working on in my studio long enough or from enough different angles, forms begin to emerge.

I play with the brush and the paint on the canvas. With each stroke, thoughts emerge and find their place in the collective hallucination known as reality. I’m engaged in the ritual of exploring the boundaries of my imagination and passing the hours dedicated to an activity that has no practical use in the world other than the elevation of life.